Wondering How To Drive Traffic to your Booth at a Trade Show? Aren’t trade shows grand? Trade shows are a bit strange if you think about them too much. They are like a small society of people from just one industry. You are surrounded by people from your industry, many of them your competitors, and you have to grab the attention of the customers. Trade shows are loved by marketing people because marketers don’t usually get such a direct approach to competition and customers. No more looking at metrics of advertising campaigns, now the competition is right there and the customer is in between you and the competition. How does one stand out in a trade show that is dedicated to your field and everyone else has similar products? You may think it is a daunting task but it isn’t too hard.

The biggest mistake most people new to trade shows make is that they think the customer will already be interested in them. People practice their pitches a lot and have answers ready for any potential customer questions but both these things are only useful if people show up at your booth. Thus, you must first attract people towards your booth so you can turn them into customers. What you need is attention but you have to be very professional about it. We go to trade shows all the time and we will hook you up with some tips to make your trade show booth a raging success. 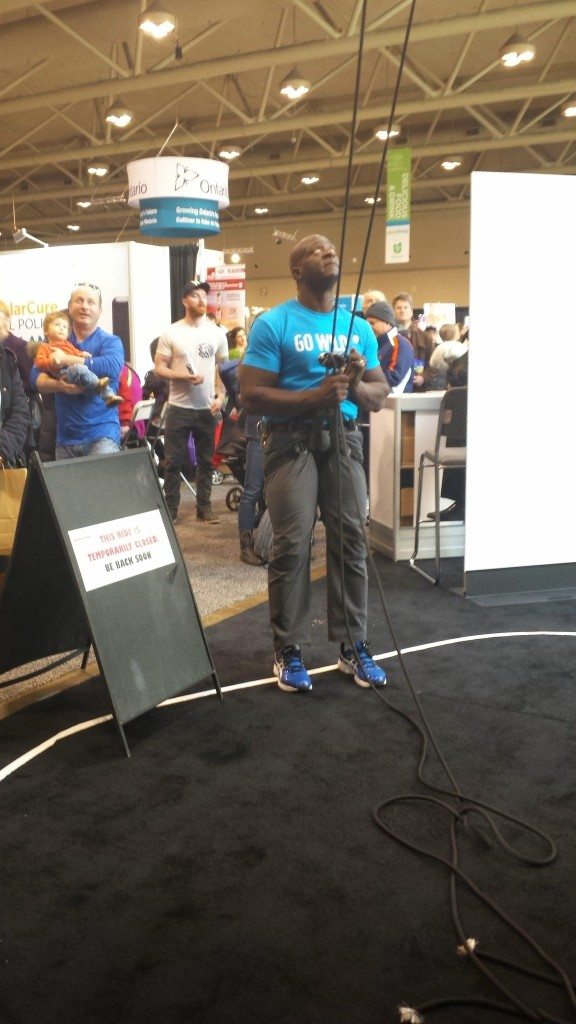 Even before the trade show starts, your sales team needs to be setting up appointments. Most of you will already know who the biggest potential customers are in your city for your product. If you want to ensure that the key people from these organizations visit your booth, then call them up and invite them. Set a time when they will come and meet you.

We get calls from companies that make items related to outdoor amusement whenever there is a relevant trade show taking place nearby. These companies know that we will be attending and they call us up and set up a meeting time. This is a guaranteed way to generate quality leads. When they come over make sure you sit down with them properly and offer refreshments to seal the deal.

Everyone walks around with a smartphone these days. As people go around the tradeshow, they are likely to experience low battery issues. Set up a charging station inside your booth to attract people. Remember to have a marketing video or audio playing right where the charging station is. Your booth will become very popular and since people will be standing right there you can easily converse with them and pitch them your products. This tip leads to more quantity and you will have to judge quality leads yourself. Make sure you have charging ports for all the popular brands and devices, you don’t want people leaving disappointed that they cannot charge their device.

Give them something useful

Give the attendees something which will actually be useful for them. One great idea we saw was a trade show booth passing out a map of the whole trade show. The map showed all the booths and companies but the booth of the company giving out the map was highlights plus there was a promotional image on the backside of the map. So the whole trade show was using the map given by one booth as a guide. Whoever saw the map anywhere was sure to come to the company’s booth as well to see why they were highlighted on the map. You can do something similar and help the attendees out.

If your tradeshow is big and is attracting an international audience then you can also write up a small guide to restaurants in your city. The people attending from other cities and countries don’t know the local delicacies and will be very happy to have a guide which tells them where they can get good local food. Make sure you brand the guide properly and you will have a great image in the eye of the people who came to the trade show. People will want to take a guide and keep it with them and when they go out to the restaurants you recommended and like the food they will like your company even more. Keep it simple; simply write a 1 page document which lists a few restaurants with short explanations. Include your marketing message on the backside of the page.

Have a ride or attraction at your booth

Do you know why we have experience going to a lot of trade shows? Companies which have big booths often ask us to set up a mobile rock climbing wall or other things we offer within their booth. We were surprised the first time we got such a call but apparently it is one of the best ways to attract people to your booth. Think about it; every other booth is just giving out marketing materials and making pitches, while 1 booth on the trade show floor has a mobile rock climbing wall. It is easy to see that even you or me would be the most attracted to the booth which has a rock climbing wall. You can also set up some other games within your booth which people can compete in and have fun.

Give out stuff (to quality leads)

Another great way to be memorable at trade shows is to give out gifts like key-chains and bottle openers. There are two approaches you can take with free stuff. The first approach is to make sure the gifts are cheap items and give them out to everyone. The only issue is that there are a lot of people who will only take your stuff and will never really contact you. The other approach is to have slightly more premium gifts but restrict them to quality leads. Basically, you only give gifts to people you talk to and you know are relevant for your business. You can give out a high quality pen or anything else in the same price range.

Social media can be a more powerful tool at trade shows than you have ever imagined. There are many things you can do. You can give shout-outs on twitter to people who come to your booth. Simply ask them what their Twitter username is and send out a tweet from your company’s account saying “Thanks for stopping by @username, it was great talking to you about our xyz service”. Not only does this increase exposure, it also provides you a great way to communicate with the people who attended the trade show later on.

You can also upload pictures with the attendees on your company’s Facebook page and tag the people in the photos. This has the similar advantage of letting you contact the people later on. Both of these ways are also great at driving people towards you as it becomes clear that your booth is the happening booth of the trade show. 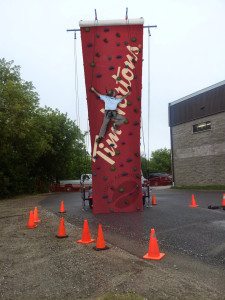 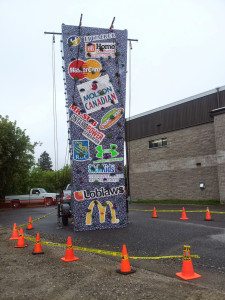 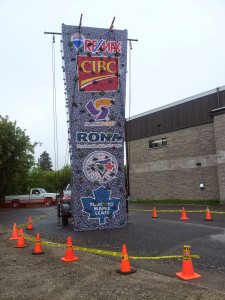 A great way to make sure people notice your booth is to design it very different from every other booth. Pretty much everyone simply puts up banners and standees for their products. You are going to go beyond what everyone else is doing. The best approach is to make your booth look like something else. Put some vinyl paper up on the booth walls and set up a sofa inside so it looks like an office room. Put up some plants and get some Astroturf so it looks like a garden. Anything that breaks the convention norms will ensure that people instantaneously notice you and gravitate towards your booth.

If you really want to have a killer impact make sure that whatever you disguise your booth as has some relevancy to your products. You can play some music at low volume which sells the setting further. As long as you stand out, people will remember you long after they have forgotten the whole trade show.

Also, make sure that you have a good place in your booth for photos. If you successfully pull off something unique, people will want to have their picture taken next to it which will be great for your brand. Create the best photo opportunity and your booth will be the one featured in most photos. You can really go wild with this idea. Set up proper lighting for photos as well and people will be looking their best at your booth. 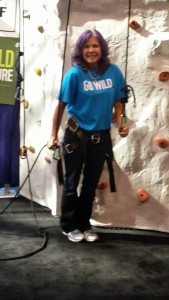 If you want to maximize the impact, you have to make sure that you dominate social media. You can hire a photographer who takes pictures of attendees with your brand logo and have it sent to the attendees directly through email. This acts as a gift since people love good photos of themselves. It also acts as a pitch because you will be opening new channels of communication with those attendees and will also have their email addresses for further communication.

This site uses Akismet to reduce spam. Learn how your comment data is processed.